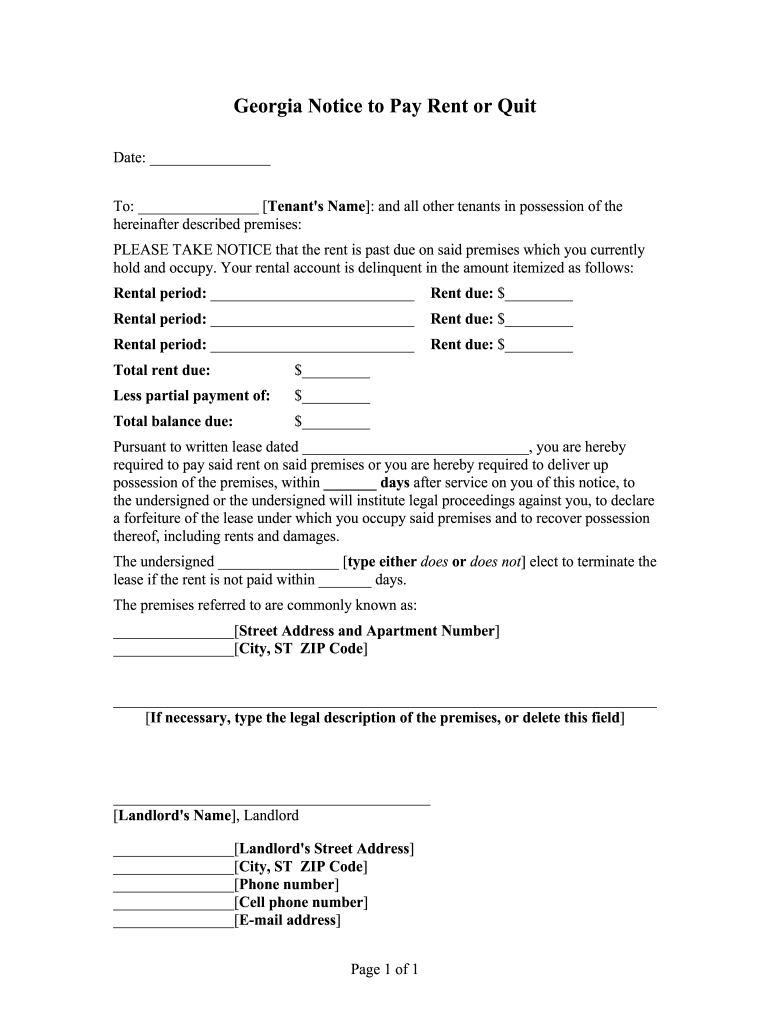 SignNow's web-based software is specially made to simplify the management of workflow and improve the process of qualified document management. Use this step-by-step instruction to fill out the Get And Sign Download Georgia Eviction Notice Forms - Notice To Quit PDF ... swiftly and with perfect precision.

The way to complete the Online eviction notice georgia on the internet:

By using SignNow's complete service, you're able to perform any important edits to Get And Sign Download Georgia Eviction Notice Forms - Notice To Quit PDF ..., generate your personalized electronic signature within a couple fast steps, and streamline your workflow without the need of leaving your browser.