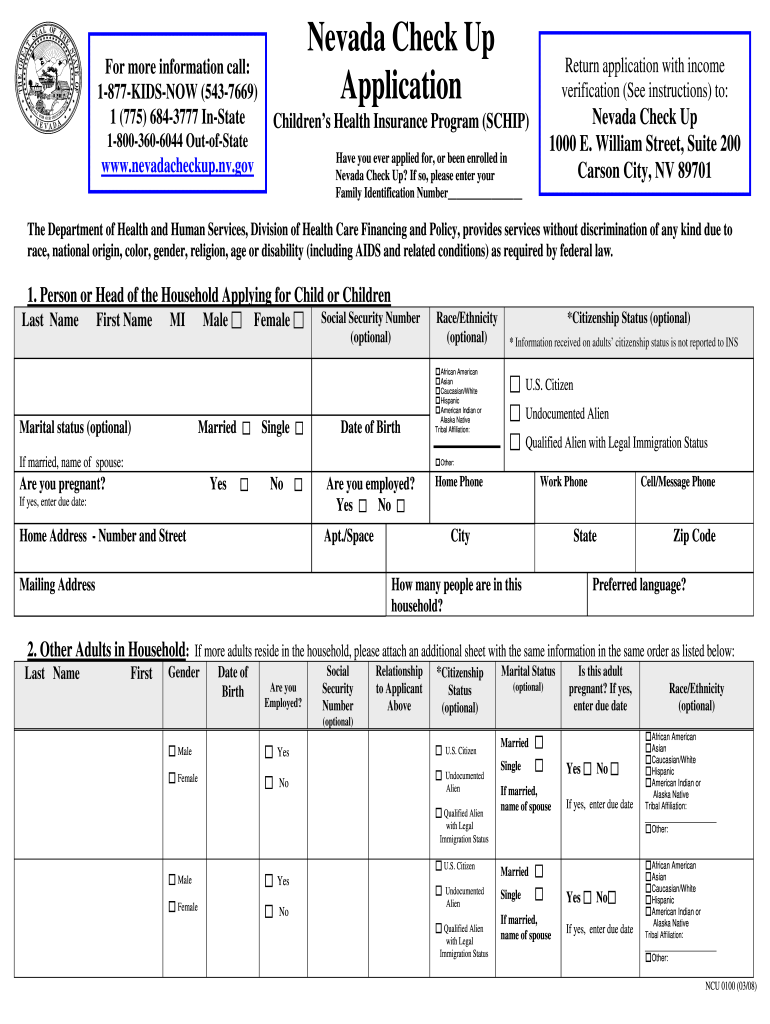 SignNow's web-based software is specifically made to simplify the management of workflow and improve the process of competent document management. Use this step-by-step instruction to fill out the Nevada check up form swiftly and with ideal precision.

The way to complete the Online nevada check up on the internet:

By using SignNow's comprehensive platform, you're able to perform any needed edits to Nevada check up form, create your customized digital signature within a few quick actions, and streamline your workflow without leaving your browser.

Instructions and help about Nevada Check Up Application

Related links Get and sign Nevada Check Up Application